The double amputee veteran from Middlesbrough is set to climb 4,167m to the summit of Mount Toubkal in Morocco to complete one of his toughest challenges to date.

The climb was originally planned for September 2020, but his challenge had to be delayed when Covid hit, but now he’s raring to go.

The challenge, even for able-bodied people, is extreme and although it will be happening two years later, it’s something that James is relishing. 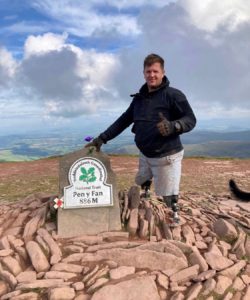 James will be accompanied by fellow veterans John Gilpin, Ray Priest and Gerry Garvey who are collectively hoping to raise £15,000 for two veterans’ charities, Launchpad and BLESMA who support limbless veterans.

James and his colleagues are no strangers to achieving extreme physical challenges and his passion for mountaineering really came to the test in 2019 when he became the first double (above the knee) amputee to climb Mount Kilimanjaro, which is the highest free-standing mountain in the world.

James, 34, joined the British Army in January 2008 was in 2nd Battalion The Yorkshire Regiment, formerly the Green Howards. He had a passion for football and fitness when growing up but opted for a career in the military. 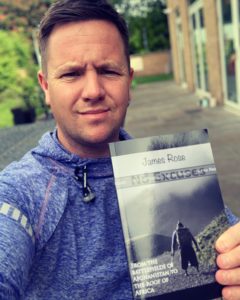 During his time at the Invictus Games, he became friends with Darren Young and together they decided to raise money for veterans with depression and PTSD. Their chosen challenge was to reach the summit of Mount Kilimanjaro, which they completed in September 2019.

Throughout the pandemic, he remained focussed on the challenge ahead and has been training rigorously for the last two years climbing various mountains in the UK while also publishing his own book called ‘No excuses’. The book is about his own story from the battlefields of Afghanistan to the roof of Africa and talks about resilience and overcoming adversity.

Commenting on the challenge ahead, James said:

“We were originally set to complete this climb in 2020 but when the pandemic hit, plans had to be postponed. I’m just glad it’s finally going ahead and I can’t wait for what lies ahead.

“After reaching the summit of Mount Kilimanjaro, I wanted to set myself another challenge. We’ve been training for this for over two years and yes, it’s a personal challenge but it’s also about raising awareness of mental health and funds for two fantastic veterans’ charities.

“These challenges are extremely physical and painful but if you have a positive mindset and stay strong, you will get through it. You need to keep strong in your head – it’s about mind over matter.

“Like I said in my book, I may have lost my legs but not my life, for me life has only just begun and reaching the summit of Mount Toubkal next week will be the icing on the cake.”

“Despite the setback of the pandemic, James has shown real strength and courage to carry on and complete this enormous challenge. He is an inspiration to us all and I would like to wish him and the other veterans joining him, a safe journey and we look forward to hearing how he gets on.

“As an ambassador of Launchpad, he is demonstrating what can be achieved through a positive mindset and overcoming adversity and I’m sure this will be welcomed by many of our resident veterans. We are very grateful James has chosen Launchpad as one of his charities to raise much needed funds.”

The climb will take the group approximately three or four days, weather and conditions permitting. To donate, please click here.

James has also been selected to be part of the Queen’s baton relay ahead of this summers’ Commonwealth Games in Birmingham. He will carry the baton through Middlesbrough town centre on Thursday 14 July. 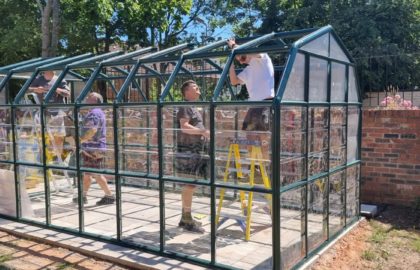 AstraZeneca in Liverpool are working with staff and residents from Launchpad’s Speke House, as... 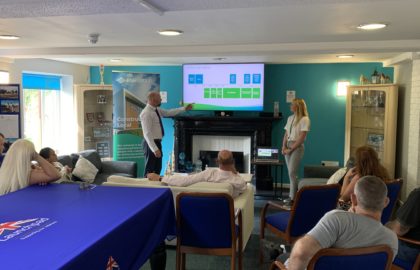 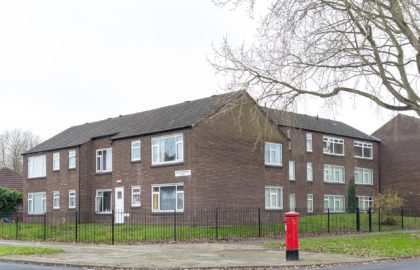 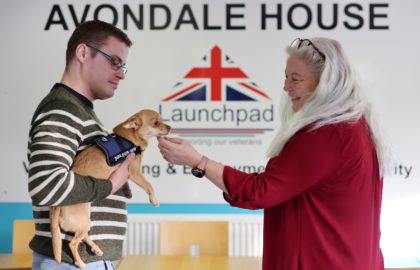 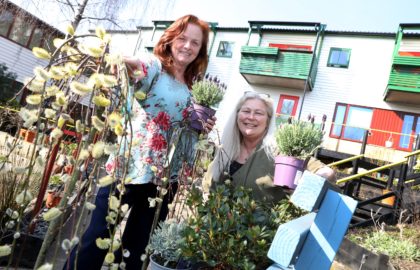